We’re entering July in whirlwind fashion, collaborating with our friends at the East London Liquor Company and celebrating their 5th birthday in style through a screening of Mike Hodges’ iconic 1971 gangster thriller, Get Carter.

Starring Michael Cane at his laconic, brutal best, the film follows a ruthless London gangster, the eponymous Jack Carter (Caine), who travels back to his home town – Newcastle – to discover more about his brother Frank’s supposedly accidental death.

Suspecting foul play, he embarks upon a spree of investigation, interrogation, and plain murder through the city’s seedy underbelly – with vengeance on his mind, the situation builds inexorably towards a violent crescendo.

Hodges and Caine had ambitions to portray a more gritty and realistic portrayal of on-screen violence and criminal activity than had previously been seen in British cinema, and Caine embraces the role with gusto – incorporating his knowledge of real criminal acquaintances into his tormented character.

Hodges, meanwhile, drew from his background in documentary film, researched the Newcastle criminal underworld extensively, and hired hundreds of extras as bystanders to give the film as naturalistic a feel as possible throughout.

Upon its release, the film shocked its critical audience with its perceived excessive violence, and Carter’s visible lack of remorse and casual sadism. However, it proved a hit amongst its wider audiences – especially in the US – and has since grown into a cult hit on both sides of the Atlantic.

Indeed, the film has arguably spawned a genre of its own – with many British filmmakers borrowing from Hodges – and such influence can be seen in pithy gangster films such as The Long Good Friday, Lock, Stock and Two Smoking Barrels, and Dead Man’s Shoes. There have also been multiple remakes, including a Seattle-based 2000 outing directed by Stephen Kay and starring Sylvester Stallone in the eponymous the lead role.

And, as always, there’ll be some liquid accompaniments to look forwards to. We’ll be featuring East London Liquor Co’s Batch No.1 gin in each of the classic cocktails we’ll be serving out on the night to celebrate their 5th birthday in style.

Tickets are £15 for one, or £20 for a pair when you use the code ‘carter’ at checkout. Complimentary cocktail and snacks included as standard.

"You know, I'd almost forgotten what your eyes looked like. Still the same. Pissholes in the snow." 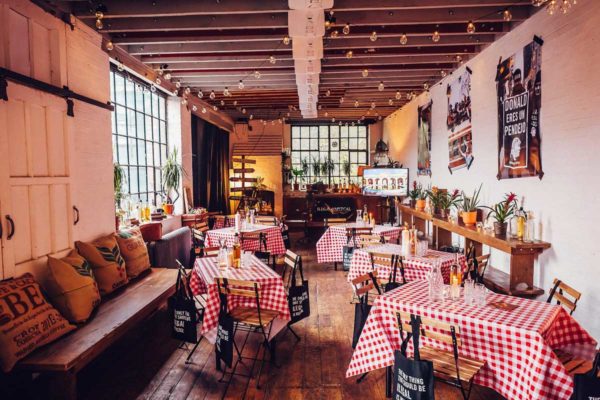 We’re proud to be the hub of London Mezcal Week, playing host as it returns for its third year to give the capital a very Mexican flavour between 15th and 21st July.