We sat down in our liquor store on Kingsland Road, Shoreditch, with Ruben Maduro – founder of Union 55 – to talk early beginnings, Aruba, crowd-funding and, most importantly, high-quality spiced rum.

Tell us a bit about your story – what got you into the drinks industry initially?

I pretty much grew up in hospitality. The first job I ever had was working in a kitchen, and I soon started working in front of house and behind the bar. I remember seeing a guy behind the bar making all these cocktails. In the small town where I’m from we didn’t have much experience of this sort of thing. So I was completely like: ‘fuck, that’s what I need to do’. After this, I very quickly learned that London was one of the best cities to work in terms of the bar scene. So when I finished school I wanted to move here, but before I did I made a pitstop in Aruba. So I partly grew up there, and lived there for a few years to learn my trade before going into the more serious stuff. It was good fun. I spent time working in the beach bars there and kind of developed this entrepreneurial drive. So looking at the island, and already having this passion for the industry and for high-quality drinks, I was a bit disappointed with some of the rums they made there! So that’s where the idea to do something with rum all started, and I began thinking about setting up a really cool brand.

“Years ago in 2008 I remember going to a bank in Aruba to talk about this idea and I was literally wearing my flip-flops! They pretty much told me: ‘this is science fiction, but good luck!'” 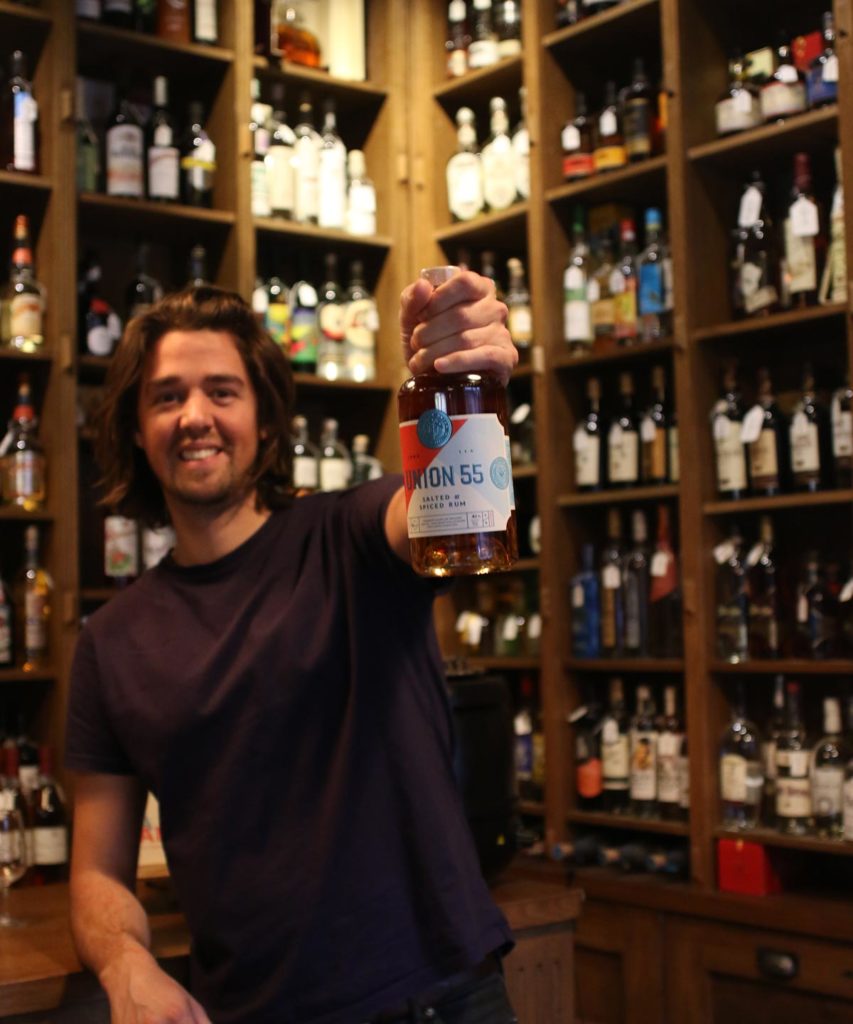 So how did you end up in the UK?

Years ago in 2008 I remember going to a bank in Aruba to talk about this idea and I was literally wearing my flip-flops! At the time I was living in a completely different world almost, what with the financial crisis and everything that was happening. They pretty much told me: ‘this is science fiction, but good luck!’ So I left there and thought to myself: ‘well, if I’m not going to do this then I want to go to London and work in a really cool bar.’ So I moved to the UK, and soon after I also got to know a bunch of really people in the industry, and they inspired me to set up a new and innovative brand. That’s actually when I met the owners here, Steve and Ali. I remember talking to them at the time about this idea I had for a spiced rum, and obviously a lot has happened since!

So tell us a bit about the rum itself. What’s the story behind the name and what sort of processes does it go through?

With Union 55 the idea was to do something new and exciting in the rum category. We wanted to bring a new approach to spiced rum, and obviously focus on the quality of the rum, but also equally on the spice extractions. To create a well-balanced spiced rum, we also added some mineral salt. The rum itself is an XO cask rum from Barbados which we took over to Amsterdam, where we infused it with the spices and salt. Our brand name ‘Union 55’ is inspired by a union between land and sea. So the spices and the rum represent the land; and the sea is represented by the added mineral salt; and 55 (days) is the extraction time. 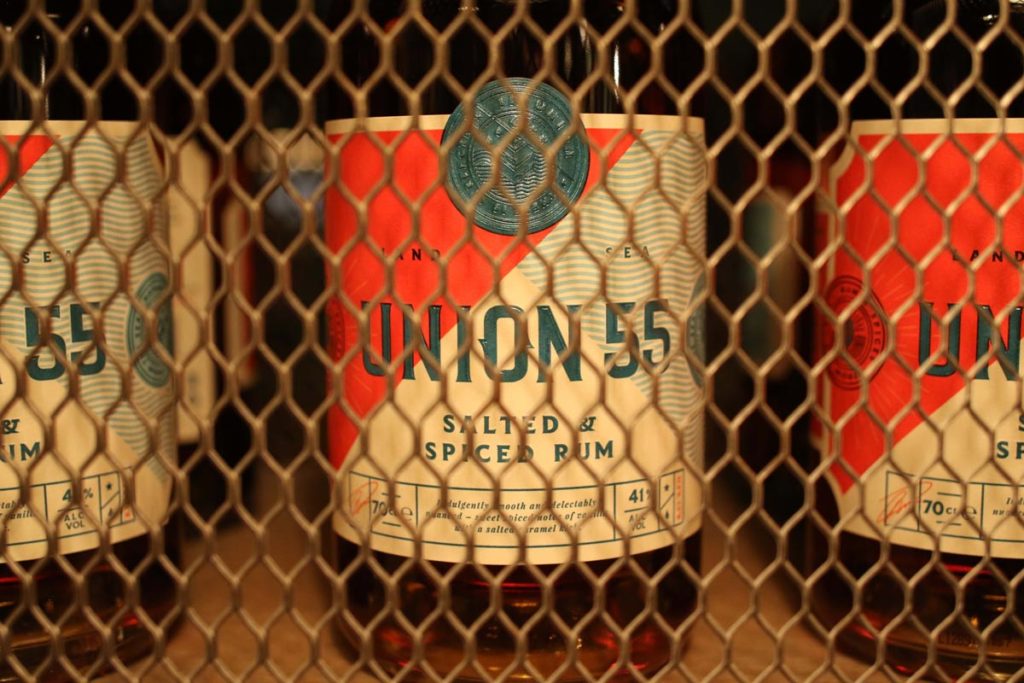 So how would you say the bartending scene has changed in London since you left it? What differentiates it from Amsterdam for example?

I was actually talking to a good friend of mine a while ago that the bar scene has changed quite a bit from when I was last here. I mean the level of bartending here now is by far the best in the world. I know Singapore and New York are trying to catch up but the best is always London for me. And I could see that just from doing a tasting the other day at the venue, and about 14 bartenders turned up! They all had really good questions, and they were very interested in my product. That just shows me that they are very eager, very professional, and it’s a real craft here to work in bartending. So London is definitely one of my go-to places in terms of gaining inspiration.

Would you say Amsterdam has some catching up to do?

I mean it’s still not quite London! Bur I think that the Amsterdam bar scene’s doing really well. There are a couple of guys that are really picking up the torch. We have Amsterdam cocktail week now, which is really cool, and we have a great bar show called the Perfect Serve barshow, set up by bartenders Tess Posthumus, Timo Jansen and Kevin Kroon. So they’re doing really exciting things and it’s very cool to see Amsterdam’s bar scene doing so well. 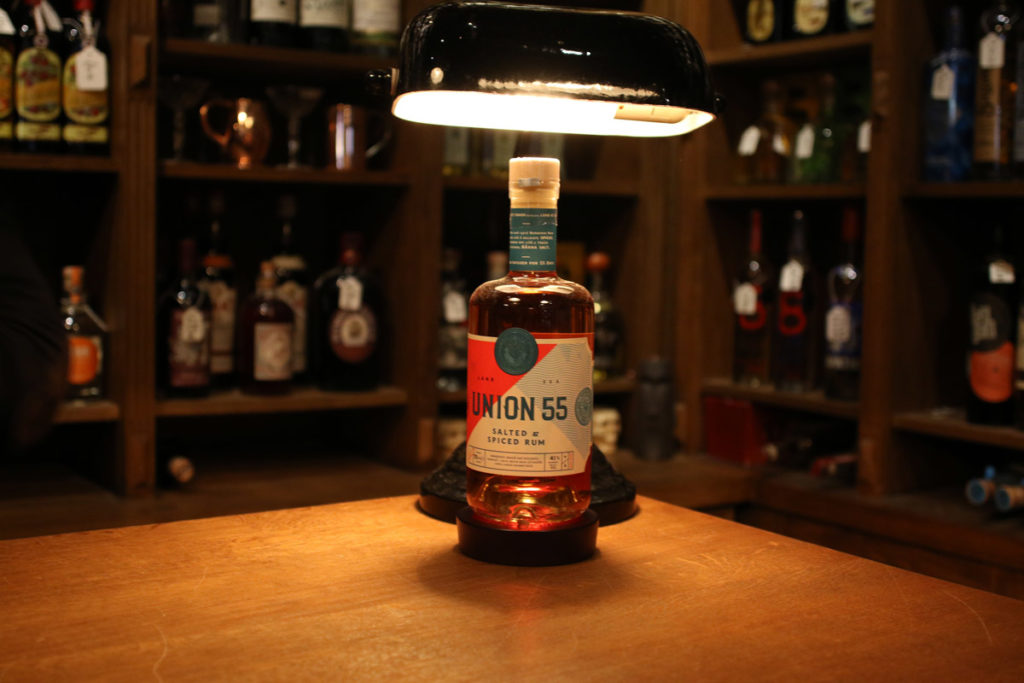 “Big brands have the possibility to act sort of like sugar daddies, handing out free stock to whatever bar shows an interest, and as a start-up you really can’t act like that.”

How easy would you say setting up an independent business like yours is in the hyper-competitive drinks industry?

It’s super tough. You realise there are a lot of big brands out there that can throw budgets into everything. So as a start-up brand owner you need to be very creative with your resources. You also need to learn the art of saying ‘no’, because it’s difficult to give out freebies and free stock. Big brands have the possibility to act sort of like sugar daddies, handing out free stock to whatever bar shows an interest, and as a start-up you really can’t act like that. You need to be creative; you need to make it personal and work together with bartenders – teaching them and getting them excited about the product. But it’s tough, definitely, and we’re really grateful to say we have managed to get this far. I mean even five years ago, it was a dream to even have a rum, let alone to be able to bring it back here to the UK!

We hear you’ve recently done a bit of crowd-finding. How was that? Would you recommend it as a strategy to others in your position?

When we initially started Union 55, I spent a lot of time just saving money and I put all of my own savings into the product. But this can only get you so far. The reason for that is quite simple: as demand grows, you need to scale up production and that’s why you need more and more funds. Don’t get me wrong, there are definitely a lot of big investors out there who are willing to invest in small brands and give them a chance, but I think sometimes to stay agile as a start-up you sometimes can’t take too many people on board. So we decided instead to do a crowd-funding campaign with a target of raising £50,000 in 55 days, and we doubled that! We raised £100,000 in just 20 days so it was really great for the brand to have so much support.