We sat down with our good friend Moses Odong, who first makes and then delivers the only rum distilled in London - all via his trusty black cab. 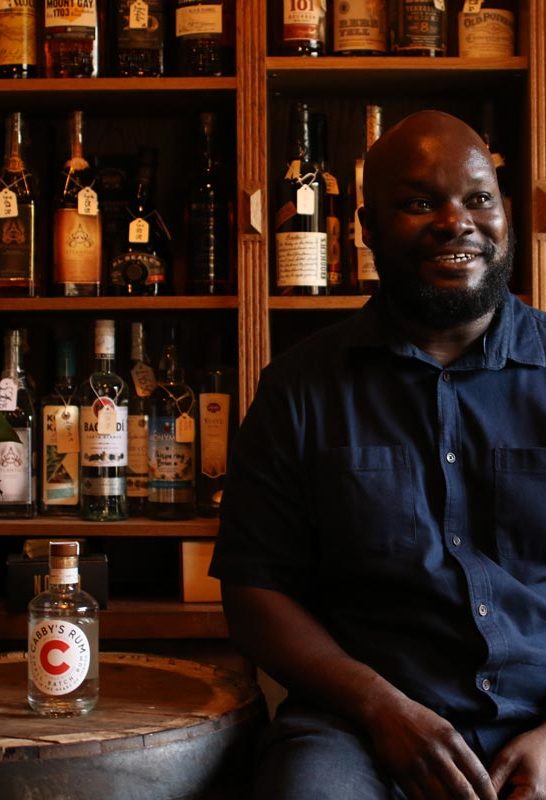 The black cab is a London institution in its own right – the recognisable silhouette of one going about its business on the capital’s streets has become part of our iconography. It also has a long-term admirer in the form of our co-director, Steve, who has always been passionate about the history and concept underpinning the black cab fleet. So when we heard about a white rum brand, distilled in London, independently owned, and operated & delivered from within a black cab, we thought we had no choice but to give it our 100% backing and support. We sent Harvey down into the shop to catch up with Moses Odong – owner and head distiller at the Taxi Spirit Co. – to talk independent businesses, early success, black cabs, and the ‘Uber generation’.

So first off, if you could introduce yourself for the benefit of those who don’t know you:

Good Afternoon, my name is Moses Odong, I’m from Taxi Spirit Co and we’re producing London’s first white rum. We’re based out of Mile End and we’ve been registered as a company for about two years now. Although we only launched our first rum in June, by the end of July we’d won seven awards at the IWSC.

Wasting no time at all! So how long have you been driving black cabs?

Well I did ‘The Knowledge’, give-or-take, about take about ten years ago, and it took me only two years to get it out the way. So I’ve been driving black cabs for the best part of a decade, which is something that is very dear to me, the black cab trade. I get asked a lot when I’m planning on making the transition from cabby to distiller full-time, but I tell them ‘my Sundays are my Sundays, and my Sundays are gonna be spent in the black cab.’ So yeah, been driving for 10 years – 11 years this year.

I went to a lot of the breweries in London and I asked for an internship at one of them – and tell no lie, five years on I’m STILL waiting on a response. 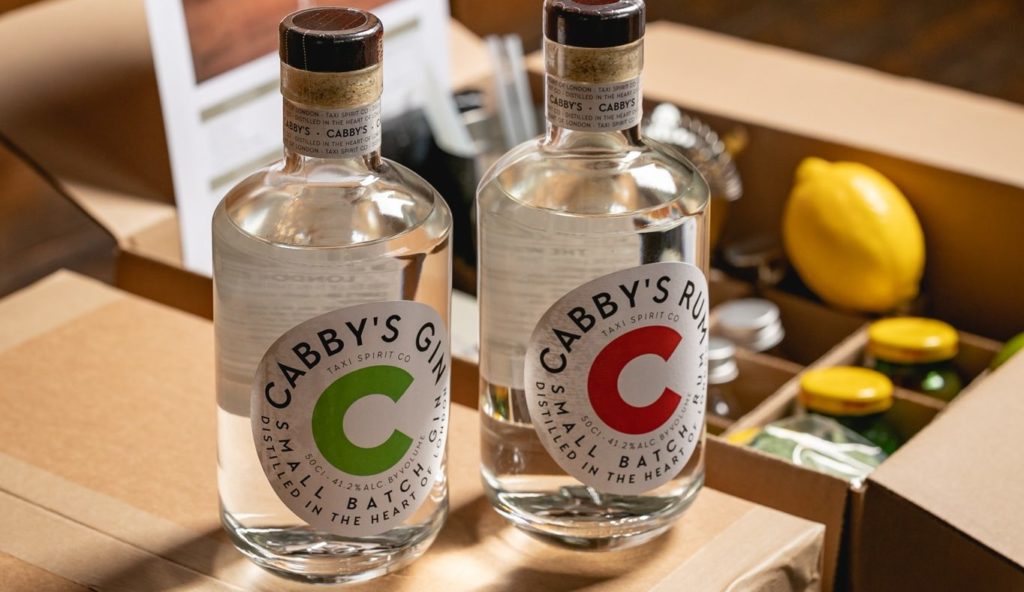 How did the idea come about initially? What made you decide to get involved in the hyper-competitive drinks industry?

Initially, it was a conversation I had with an uncle of mine and the idea kind of just stuck in my head. I wanted a new challenge, to learn something new – so why not learn about how to make beer and so forth? And literally, it just grew from there. I went to a lot of the breweries in London and I asked for an internship at one of them – and tell no lie, five years on I’m STILL waiting on a response. [laughs] But it’s okay, you know, you throw your toys out of the pram at the time, then you pick them back up and you say: ‘you know what, I’m gonna set one up myself’. And this is how this all came about – pure stubbornness, and that’s the truth! It’s been a real journey, trying to just get to know about the industry, and I’ve really come to enjoy the learning process. Because, as I’ve said, five years ago I didn’t know the first thing about the industry at all – didn’t know much about beer, didn’t know much about spirits, but I spent the best part of 6 months with a good friend basically learning how to brew from scratch. So I started out brewing beer. And then, as time progressed, he turned around and suggested: “why not get into the spirits ting? Why not get into the rum ting? It’s unheard of in London at the moment, nobody’s doing it”. So we went for it and did a couple of trial runs, a couple of evaluations – i.e. drinking what we make. Lovely. It’s a good hobby [laughs].

Tell us about your award-winning brand and your liquids, then. What’s the best way to drink it in your opinion?

We are producing London’s first white rum, and that’s how Cabby’s has come about. At the end of July, the IWSC got in touch with us and we went to Kent, but I didn’t realise we’d won the trophy for rum and cola! And when we did the interview afterwards with a newspaper, the journalist turned around and said: “the judges tell us it’s the go-to rum and cola.”  And, without blowing my own trumpet, it is. Don’t put any garnish in it, though – all you’re doing is taking up room for the alcohol. Just rum and cola, and that’s it – it works. But, at the same time, I have to say I’m not the biggest fan of mixing my drinks. I prefer drinking it straight, maybe a bit of ice or something like that. What this is, essentially, is a very diverse rum – you can stick it in a cocktail, sip it neat, you can drink it with cola, the choice is yours. It’s a neutral rum – it’s not one of those rums you could take and pair it particularly with so-and-so, saying ‘oh it only goes with that’. I like to try different things, of course, but to be honest I just like drinking it neat or with a bit of cola… no garnish [laughs]. 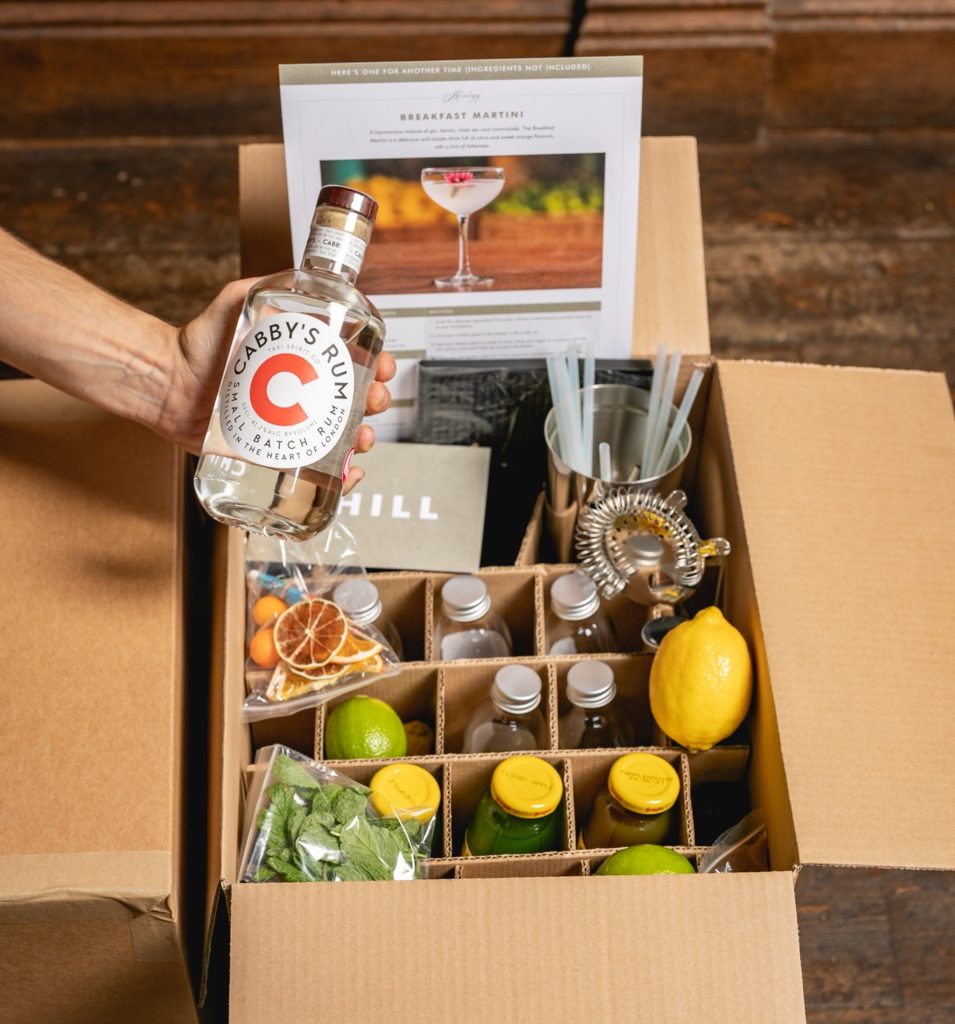 We’re hoping Cabby’s will change things and teach people the rum language. And it’s coming along – I mean you guys are speaking it alright, aren’t you?

Talk us through your process then. A micro-distillery like yours must be operating on quite a small-batch basis.

Very small batch. Very small batch. The still is a 300 litre still. So to produce enough for a barrel we have to go through two distillations, which is a pretty long process. And then after that, we rest it in the stainless steel for 5 days, and then a barrel for 5 weeks. Finally, we charcoal filter it and that’s the end product for us. The thing is because we’re such a small set-up, it’s kind of a case of first-come-first-serve, you know? We can only take it as far as our capital can stretch it, and at the moment we like the idea of small-batch – if it’s there it’s there, and if it isn’t join the queue and I’ll bring it to you when it’s ready!

What’s next for Cabby’s?

To be honest with you, before the end of July I was expecting to knock on at least 1,000 doors. I didn’t plan at all for the awards. But everything has changed ever since, so in a weird kind of way, it’s kind of back to the drawing board. And London’s not a small place – well it’s small in my head (laughs) – 6 miles from Charing Cross. But, for everyone else, it’s a big place. We need to come up with a plan for London because we weren’t expecting these awards to catapult us so far ahead. So, at the moment, we’re still at the drawing board, and these things don’t happen overnight – especially when you’re trying to bring something new to the market like this.

I think the main thing is getting the word out. Look, everyone roughly knows the language of gin around these parts – the salesmen, the consumers, the bartenders – everyone is quite fluent. So in a way, I would say rum is a new language that we need to teach people in London because it’s a new thing in London. People always assume rum is quite a rough drink – I mean, I call it ‘war juice’ – and not many people know rum as a sipping ‘ting. We’re hoping Cabby’s will change that and teach people the rum language. And it’s coming along – I mean you guys are speaking it alright, aren’t you? [laughs]. 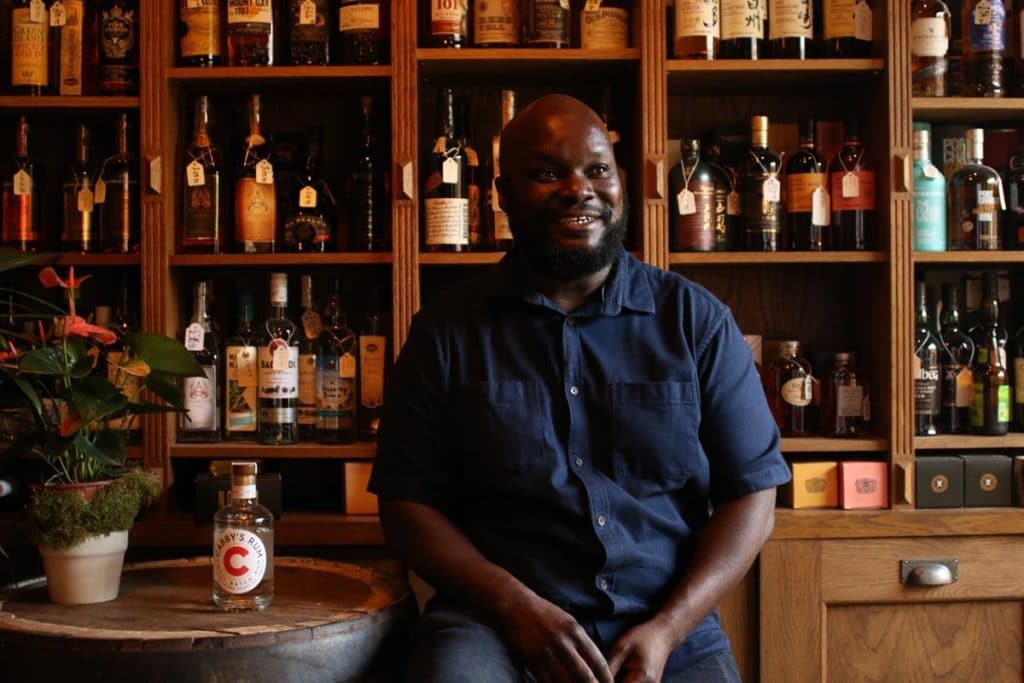 Three words: stick with legends – black cabs. And if you want a good drink, a classic drink, an award-winning drink, then Cabby’s is for you. Viva the black cab!

Any exciting collaborations with TT in the pipeline? I know Steve’s hyped about the model cabs in the window!

[laughs again] So. Been speaking to Stephen for quite a while about the window. We’ll be here set up in the window for the whole month of December. And I believe Saša and the boys down in the Cellar Bar are coming up with an exciting menu for the whole month, so don’t be a stranger to TT!

What attracted you to TT Liquor in the first place?

Do you know what, I’ve been driving past TT for quite a while and at some point early last year I came and had a drink in the bar down in the basement. I remember saying at the time: “you know what as soon as we launch Cabby’s I’m knocking on the door” – like, surprise! [laughs]. So, later on in the summer, I found Jake behind the bar, and Saša was here too. I got the rum out and we made some Daiquiri’s – and boy Saša got creative with the Daiquiris. So ever since it’s been a case of they call, I deliver.

Any parting words for the ‘uber generation’?

Three words: stick with legends – black cabs. And if you want a good drink, a classic drink, an award-winning drink, then Cabby’s is for you. Viva the black cab! 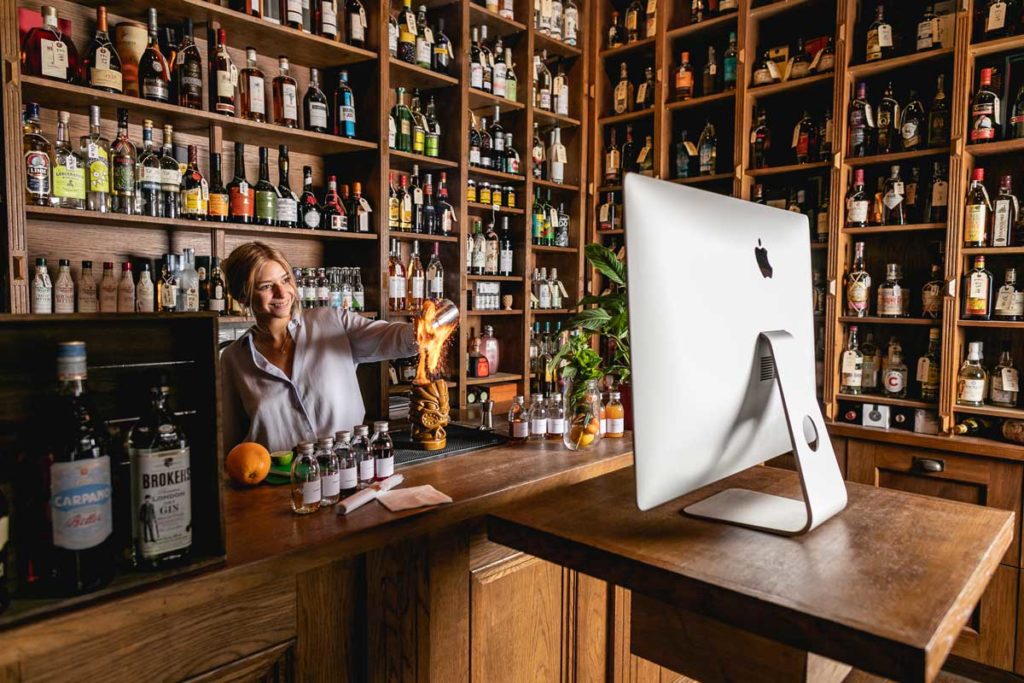