How to Make a Tom Collins Cocktail | TT Liquor
CLOSE × 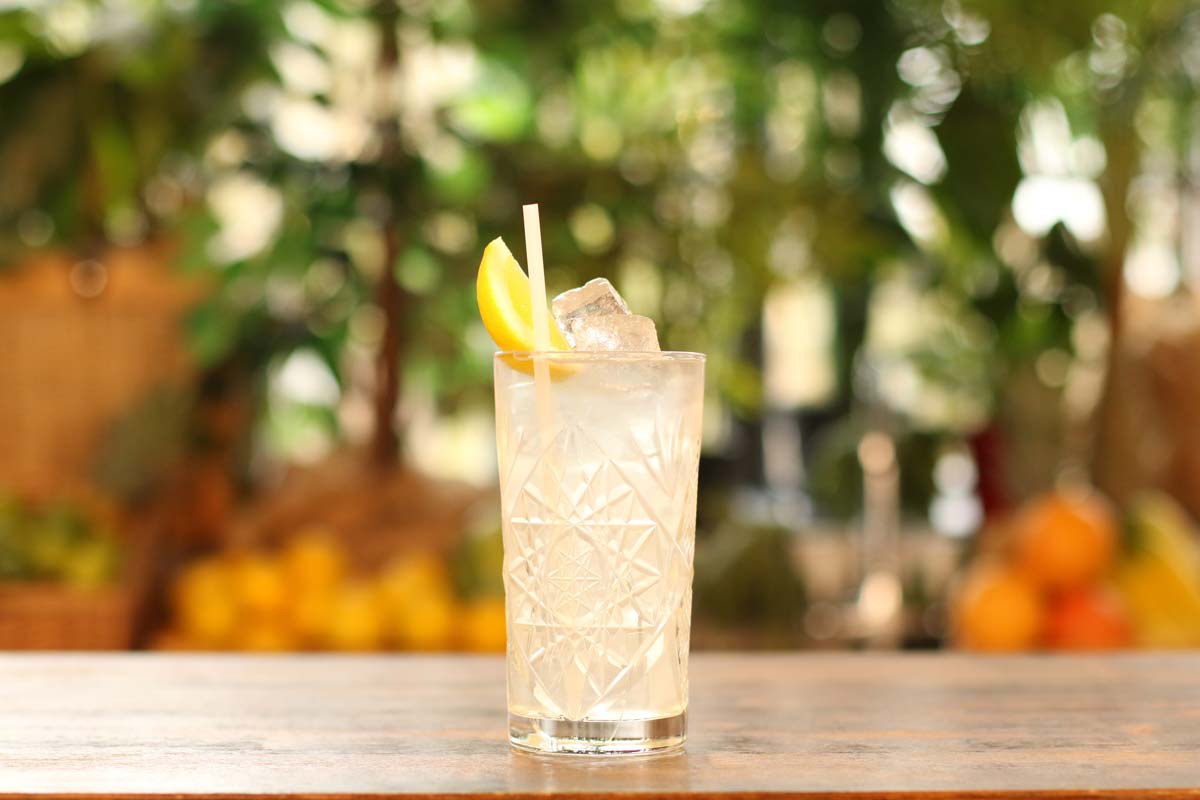 Suitable for vegetarians and vegans. No common allergens to be found, although, since every body is different, we advise you check out this recipe's ingredients list just to be sure!

The Tom Collins is one of the oldest and most classic highball cocktails, a simple combination of gin, lemon and sugar, topped with a generous splash of soda.

Take your Boston glass or small tin and, using your jigger to measure, add the gin and sugar syrup to the shaker.

Using your Mexican elbow and a igger to measure, squeeze 25ml of lemon juice and add it to the shaker.

Find yourself a highball glass and fill with cubed ice.

Using your Hawthorne strainer, strain the cocktail into the glass and fill to the top with soda water.

Garnish with a lemon wedge, serve and enjoy!

The Tom Collins has been around in some form or another since at least the late 19th century. It’s first published appearance was in the second edition of Jerry Thomas’ Bartenders Guide or How to Mix Drinks in 1876. The naming of the drink is under some contention, in Thomas’s original book the name Tom Collins is given to a whole family of drinks combining lemon, sugar, soda water and a liquor of choice, and it wasn’t until later that it became chiefly associated with gin.

Some accounts attribute the name to an English bartender named John Collins. John Collins worked at the Limmer’s hotel in London during the 1870’s and 80’s where the gin based drink was a hugely popular serve, some contest that the name came from John Collins and was changed to Tom due to the inclusion of Old Tom gin, a slightly sweeter variety of gin popular in England at the time. Whichever story is true, the Tom Collins has definitely existed for nearly 150 years making it one of the oldest drinks in the cocktail canon.

The Tom Collins is named after the gin used in the original recipe, a style of gin that has become less popular with time. Old Tom is a deliberately sweeter gin that would have suited the palate of the day more and also go a long way to cover up any roughness created by a poorly made spirit.