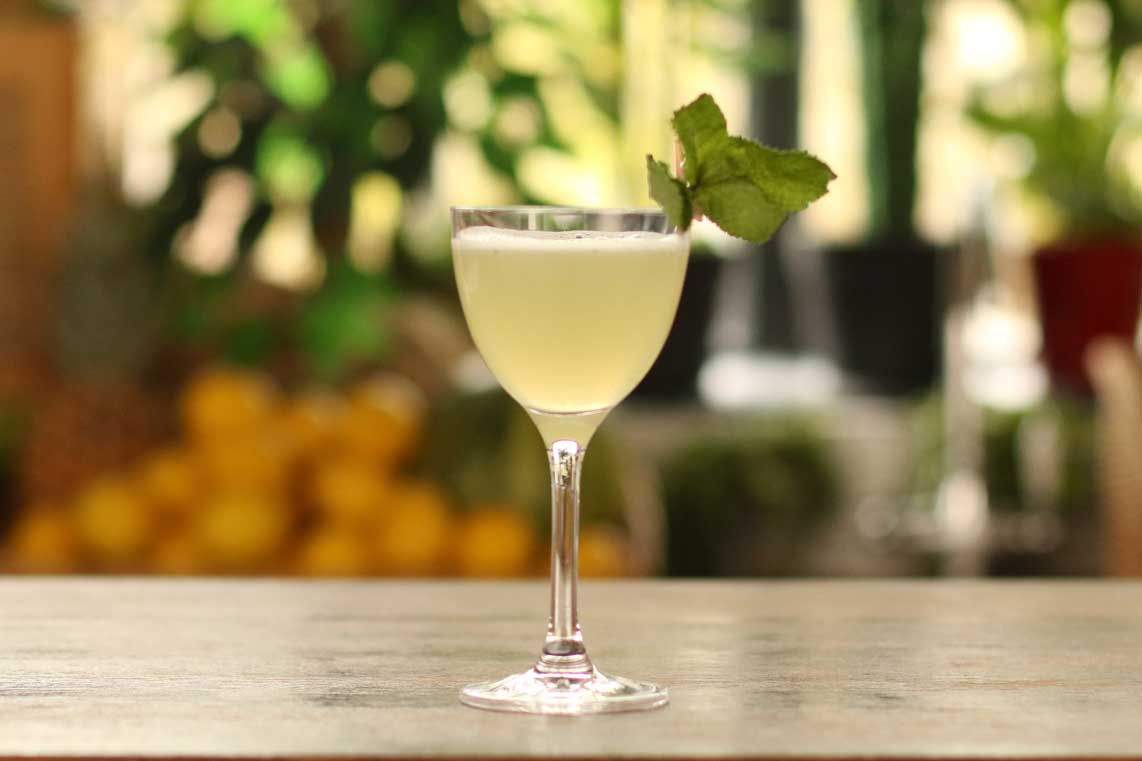 Served short, the Southside is a strong but refreshing gin drink. The sharp, cooling nature of the cocktail make it perfect for summer evenings or lazy afternoons.

Take your Boston glass or small tin and, using your jigger to measure, add the melon liqueur and triple sec to the shaker.

Using your Mexican elbow and your jigger to measure, squeeze 25ml of lemon juice and add it to the shaker.

Using your Hawthorne strainer and your fine strainer, double strain your cocktail into your chilled martini glass or coupette.

Drop a cocktail cherry into the drink to garnish.

There are two generally accepted stories surrounding the creation and naming of the South Side, one a little more intriguing than the other.

The first, more mundane and sadly probably the more likely truthful origin of the cocktail, attributes its name to the South Side Sportsmen’s Club in Long Island, New York. The club was formed in 1886 and continued operating up until the early 1970’s, when the club and its facilities were added to the National Register of Historic Places as part of the Connetquot River State Park Preserve. It’s hard to know when the club started serving the classic drink, but it’s easy to imagine the refreshing cocktail being served to weary sportsmen after a game of polo or American football.

The second and more titillating tale regarding the South Side cocktail suggests the name came from the notorious South Side of Chicago, the home of Al Capone and his gang during the prohibition era of the 1920’s. During Prohibition, importing and smuggling alcohol – or ‘bootlegging’ – was big business for organised crime families, and gin was the drink of choice for their covert clientele. The South Siders’ rivals, the North Side gang, were known to import smooth gins from Europe which were often drunk with ginger ale, whereas Capone and his gang smuggled domestically produced, ‘bathtub gin’. Bathtub gin took its name from its production, often made in peoples homes, distilled from whatever they could get their hands on, and mixed in a bath or similar vessel. Suffice to say bathtub gin varied hugely in quality and, by most accounts, generally tasted awful. By mixing the gin with citrus, mint and sugar the South Siders were able to mask many of its harsher aspects and the cocktail became a firm favourite of Capone and his gang. Whether or not the drink was named after the gangsters remains a mystery.

One myth that surrounds many mint drinks, and particularly those as classic as the South Side, is the need to muddle your mint. Many classic cocktail recipes call for this but most modern bartenders agree that when it comes to fresh herbs, a soft touch makes for a better drink.

When muddled or bruised too heavily, mint can lose its luscious green colour and its sweet, zingy flavour and end up tasting bitter and looking sad and brown. A great motto to remember for mint is “bruise, don’t abuse”.