How to Make a Pear Sidecar Cocktail | TT Liquor
CLOSE × 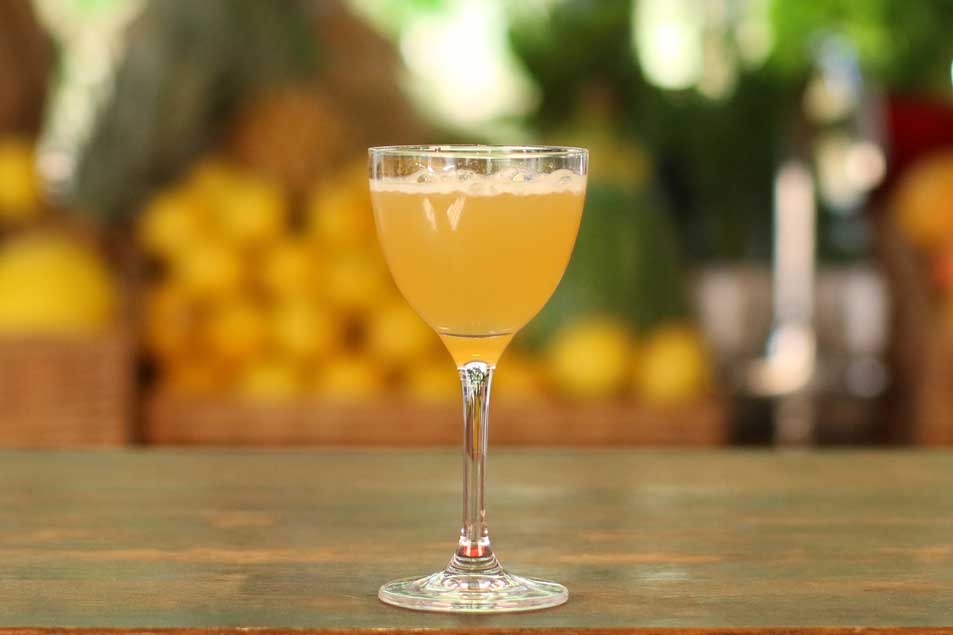 This twist on the classic sidecar uses pear brandy in place of the usual cognac and pear liqueur in place of triple sec to make for a deliciously dry and crisp, sour-style cocktail.

Take your Boston glass or small tin and, using your jigger to measure, add the pear brandy and pear liqueur to the shaker.

Using your Mexican elbow and a jigger to measure, squeeze 25ml of lemon juice and add it to the shaker.

Remove your glass from the freezer or empty it of ice if necessary.

Using a lemon wedge, coat the rim of the glass with lemon juice and dip the rim in Demerara sugar or sprinkle over to give a sugar rim.

Using your Hawthorne strainer and your fine strainer, double strain your cocktail into your chilled, rimmed martini glass or coupette.

Garnish with a lemon twist.

The history of the Sidecar is spread over three countries – France, England, and America. It makes its first appearance in written accounts in 1922, in Harry McElhone’s ‘ABC of Mixing Cocktails.’

In his 1948 Fine Art of Mixing Drinks, David A. Embury writes:

“It was invented by a friend of mine at a bar in Paris during World War I, and was named after the motorcycle sidecar in which the good captain customarily was driven to and from the little bistro where the drink was born and Christened.”

The Sidecar’s invention is very much disputed, it could have been named for an American army captain who frequented Harry’s New York bar in Paris around 1920, using the motorcycle sidecar to take its name. Others claim it could have been invented in New Orleans, making it one of the better cocktails to appear out of prohibition.