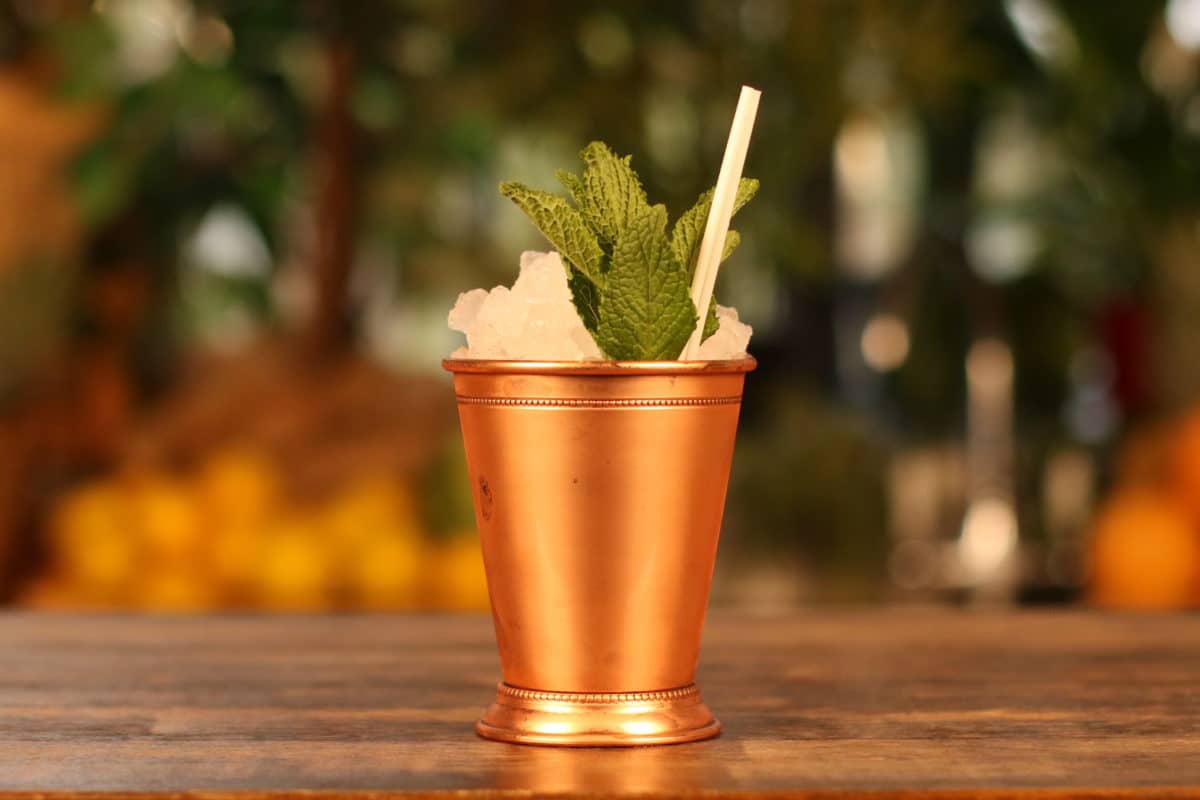 Strip a large handful of mint leaves from their stems

Add the mint and lemon chunks to your tin

Using your jigger to measure, add the bourbon, crème de pêche and sugar syrup to the tin

Fill the tin with crushed ice

Using your bar spoon, churn the drink, making sure to scoop all the mint and ingredients up from the bottom of the glass to combine them

Garnish with a mint sprig and a straw