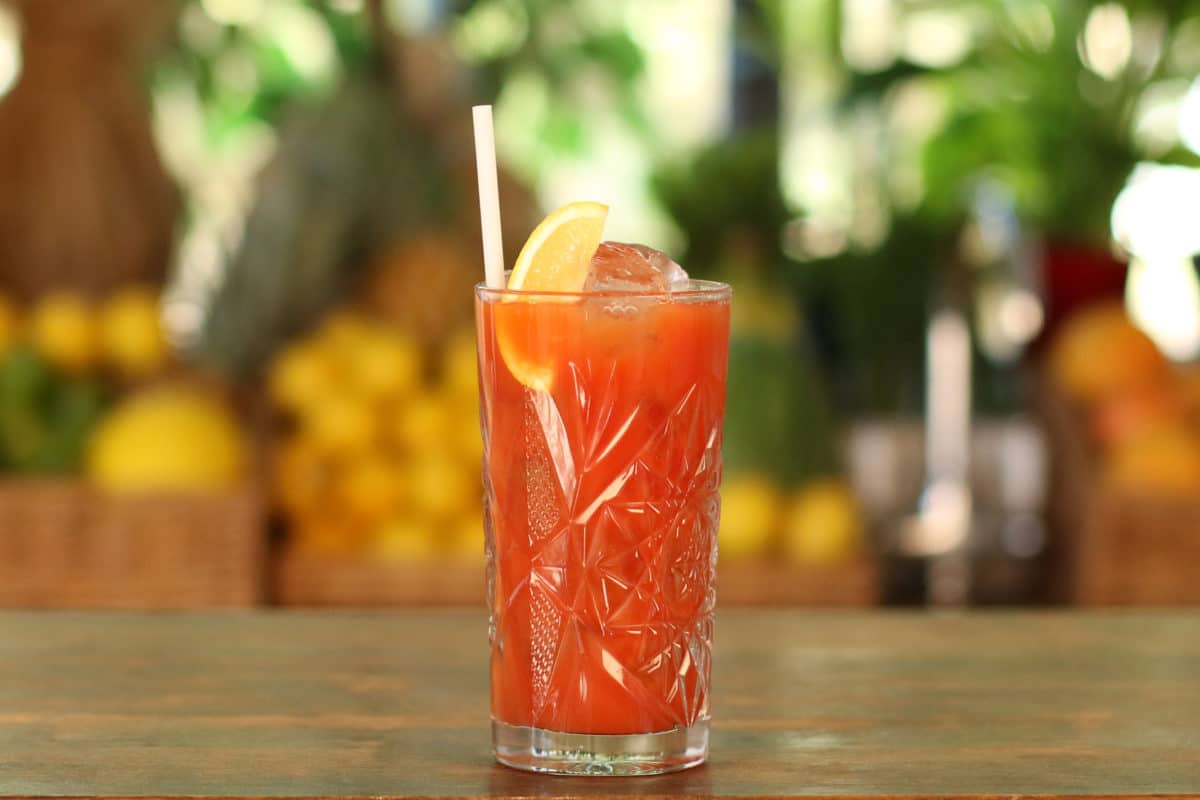 Between 3 and 6 Dashes of Tabasco (according to taste)

Absolutely the best hangover cure, everyone thinks they have perfected the best Bloody Mary recipe.

Between 3 and 6 Dashes of Tabasco (according to taste)

Chop your cucumber into cubes and add to the bottom of the shaker, and use your muddler to muddle the cucumber.

Using your jigger to measure, add the vodka and tomato juice to your shaker.

Using your Mexican elbow and your jigger to measure, squeeze 25ml of lemon juice and add it to your shaker.

Using your bar spoon add the horseradish and mustard to your shaker and give it a quick stir.

Add the celery salt, pepper and Tabasco to your shaker.

Using both halves of your Boston shaker, pour the drink from one half to the other and repeat for around 30 seconds (this is called rolling).

Once all the ingredients are combined, fill a high-ball glass with cubed ice and pour the cocktail into the iced glass.

Garnish with a celery stick, a slice of cucumber and a lemon wedge, crack some more black pepper over-top.

Allegedly created at Harry’s bar in New York by a French bartender who served a 50/50 mix of vodka and tomato juice with some spice. Despite this, there is ample evidence that a similar recipe already existed, and that it was already being served across Europe.

Vodka and tomato juice were both new to the American consumer at the time so it is probable that it was something of a new experience for them. It’s also said that it was created when a bartender who ran out of orange juice started mixing vodka with tomato juice instead.

We can be pretty certain, however, that the original creator of the Bloody Mary was a man named George Jessel.

A pervasive myth is that the bloody Mary is named after Mary 1st Queen of England. The Tomato juice represents the blood spilled by the vicious monarch and the vodka is symbolic of her violent methods of execution.

A pervasive myth is that the Bloody Mary is named after Mary 1st Queen of England. The Tomato juice represents the blood spilled by the vicious monarch and the vodka is symbolic of her violent methods of execution