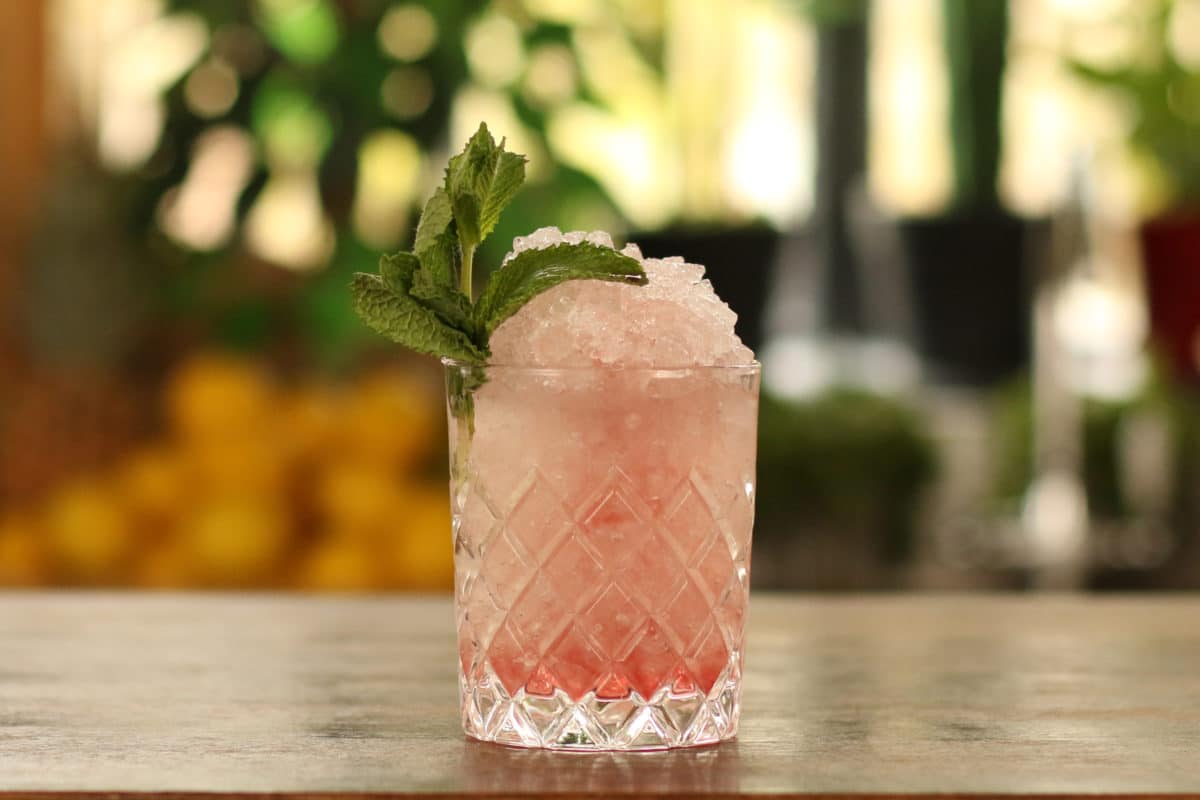 The Blackbird is a harmonious marriage of a Bramble and a Mojito is Mixology Events’ homage to classic British spring-time flavours.

Take your high-ball or large rocks glass and, using your jigger to measure, add the gin and sugar syrup to the glass.

Strip a large handful of mint leaves from their stems and clap them between the palms of your hands to release some of the oils before adding to the glass.

Fill the glass ⅔ with crushed ice and, using your bar spoon, churn the drink for 10-15 seconds to combine the ingredients and incorporate the ice.

Fill the glass with more crushed ice and pile some on top, forming it into a dome using your hand.

Drizzle the crème de mure over the crushed ice, and garnish with a mint sprig with some icing sugar dusted over it.

As a delicious and abundant fruit, native to the British Isles and ubiquitous in many other parts of the world, blackberries have been consumed in various forms for thousands of years. Startling evidence of this fact was recently found in the preserved body of a 2500 year old woman in Holland, who bore traces of the fruit in her stomach.

Historically, blackberries have been used for various dubious medicinal purposes. Whether any of these at all hold true or not we don’t know, but some uses of the plant have included: using the roots, which have been described as astringent, to treat intestinal problems such as dysentery and diarrhea, and event chewing the leaves and brewing the shoots into tea to treat mouth ailments such as bleeding gums and canker sores.

As this particular drink is a TT Liquor creation, no myths or legends exist.. yet.

This drink was created by Mixology Events’ head bartender and events manager, Jake Rogers, he had this to say about the cocktail’s creation:

“This is basically a cousin to its more famous cocktail relative, the Mojito. So its a long refreshing serve but has the addition of slightly autumnal creme de mure (blackberry liqueur) to give it that extra berry funk.”