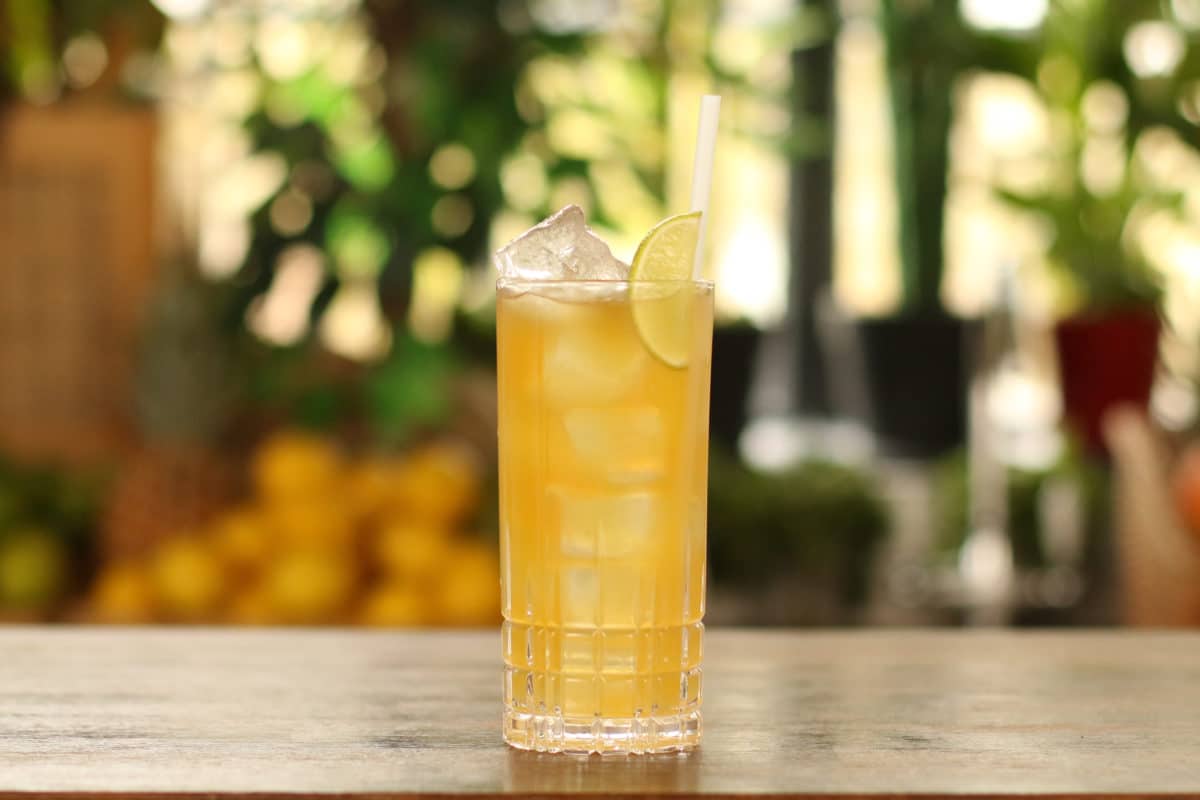 The Bahama Mama is a unique, tiki-styled mixture of dark, overproof and coconut rum, coffee liqueur, grenadine, and lime, pineapple and orange juice.

Take your Boston glass or small tin and, using your jigger to measure, add the rum, Kahlua and juice to the shaker.

Using your Mexican elbow and a jigger to measure, squeeze 25ml of lime juice and add to the shaker.

Using your bar spoon (5ml), measure 5ml of grenadine and add to the shaker with a couple of dashes of Angostura bitters.

Fill your shaker with cubed ice and seal, before shaking vigorously for 10-15 seconds or until your tin is very cold.

Using your Hawthorne strainer, strain the drink into a tall glass filled with fresh cubed ice.

Garnish with a cocktail cherry and an orange slice.

Like many tiki cocktails, the recipe for a Bahama Mama is pretty open to interpretation. Various cocktail books and websites list recipes for this classic drink which vary hugely from publication to publication. Whilst almost all recipes specify coconut liqueur, coffee liqueur or a combination of the two, some omit both these ingredients entirely, opting for more of a Hurricane-style rum punch.

One generally agreed upon fact is that this cocktail takes its name from Caribbean dancer and performer Dottie Lee Anderson who also performed under the stage name ‘Bahama Mama’ and even featured on the US Billboard charts during the 1950s. There were also a number of Goombay and Junkanoo (native music styles of the Bahamas) songs named Bahama Mama throughout the 50s that may have inspired the name.

Some theorise that the cocktail’s creation and popularity can be attributed to the Bahamas’ use as a port for smuggling rum during Prohibition, which ironically was a catalyst for may innovations in the world of cocktails and drinking culture.

With such a widespread popularity and variety of recipes it’s surprising that there isn’t much controversy surrounding this classic tiki drink. With no original or official recipe agreed upon there doesn’t appear to be any set rules to making the Bahama Mama.

Whilst Bahamian bartender Oswald ‘Slade’ Greenslade, claims to have invented the drink—with seemingly little to no evidence to back this up—there doesn’t seem to be any disputes to his claim, despite the first appearances of the drink being only 10 years after his birth in 1943. Perhaps he was a child prodigy.

With such a widespread popularity and variety of recipes, it’s surprising that there isn’t much controversy surrounding this classic tiki drink. With no original or official recipe agreed upon there doesn’t appear to be any set rules to making the Bahama Mama.